LINTHICUM, MD, October 17, 2019 — LaTasha Rowe, General Counsel at NFM Lending, will speak during the “Compliance and Legal Implications of Dealing with Regulators” session at the Women, Influence & Power in Law (WIPL) 2019 event in Washington, D.C, on Friday, October 18, 2019.

Rowe is speaking to educate attendees on how developing a good relationship with regulators can lead to a more productive examination experience.

The three-day event offers an opportunity for some of the most influential women in law from around the world to hear from industry thought-leaders and exchange ideas on everything from technology to negotiating to crisis management.

“I am excited to be a panelist at WIPL.” said Rowe. “While the legal profession is our commonality, we come from all walks of life. Events such as WIPL help continue the conversation that when women and minorities have a seat at the table, WE ALL WIN.” 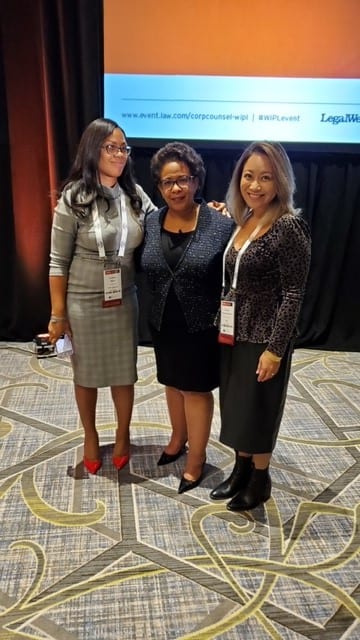 NFM, Inc. is proud to announce LaTasha Rowe has recently been promoted to the position of General Counsel. Along with her promotion, she is also the newest addition to NFM’s executive team. Ms. Rowe has been working at NFM since 2010 as Associate General Counsel and Compliance Manager and brings with her eleven years of experience in the mortgage industry.

Ms. Rowe earned her J.D. law degree from University of Baltimore, School of Law in 2001. She was initially inspired to pursue a law career after witnessing her father’s legal battle over being fired due to a refusal to pay worker’s comp after a near-fatal accident on the job. Initially intending on becoming an employment lawyer, Ms. Rowe found herself drawn towards real estate law instead. After obtaining her degree, she went into private practice with a focus on commercial real estate and lending before being drawn to her initial position with NFM Inc. in 2010.

NFM, Inc. is looking forward to see what Ms. Rowe has in store for the future. Newly appointed, she speaks of two goals she would like to achieve so far as General Counsel:

“The first goal is going to be establishing a fair-lending policy. Second, we will be working with operations on streamlining the process in operations and building a more collaborative work environment between compliance and sales. The Consumer Financial Protection Bureau (CFPB) is our newest regulator. With that, it will involve a lot of restructuring of the department in order to respond to a possible examination. There’s a lot of movement, a lot of things happening, but I am up to the challenge and thrilled about the opportunity to continue driving NFM forward.”

NFM Inc. is thrilled to have such a clearly passionate and enthusiastic member of its executive team. LaTasha Rowe’s experience and wisdom is sure to help drive NFM, Inc. into continued success.