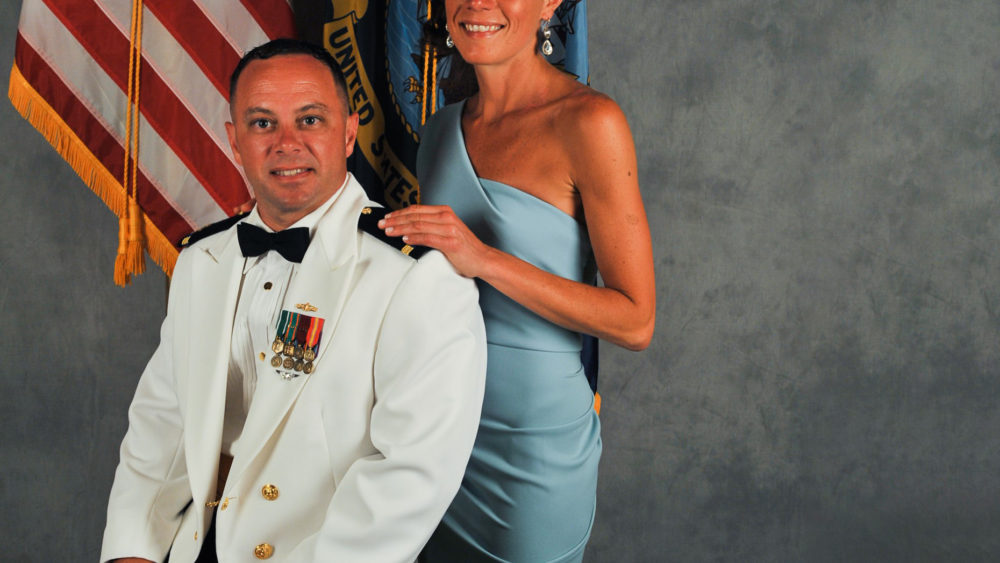 Born and raised in Coal Township, PA, CW3 Nicola is currently assigned as the Quality Assurance Officer for Submarine Squadron 7 in Pearl Harbor, HI, and is entering his 20th year of active duty service with the U.S. Navy. CW3 Nicola enlisted in October of 1997 as a Nuclear Machinist Mate, Engineering Laboratory Technician. He has completed tours on board the USS Harry S Truman CVN 75, USS Ronald Reagan CVN 76 and USS Carl Vinson CVN 70 (all nuclear power aircraft carriers); he also did a tour at Pearl Harbor Naval Shipyard. He has completed eight overseas deployments, and is slated to retire in May 2018.

CW3 Nicola was nominated by his cousin, Candy Belfield.

“Thomas is my cousin and friend,” said Belfield. “I am so proud of his accomplishments in the Navy during his career. He has given most of his life to serving our country, including time away from friends and family during deployments. I am thankful there are people like Thomas to serve and protect, and thankful to NFM for recognizing him.”

The NFM Salute is an initiative in which one military member or Veteran is chosen each month to be honored as the “Salute of the Month.” Salutes are chosen from nominations on the NFM Salute website, www.nfmsalute.com. The “Salute of the Month” will be featured on the website with a brief biography and information about his or her service, and NFM Lending will make a $2,500 donation to a military or Veteran non-profit in the Salute’s name. CW3 Nicola chose The Gary Sinise Foundation to receive this month’s donation.

Selected NFM Salutes may choose from one of the following three non-profits: Platoon 22, AnySoldier, and the Gary Sinise Foundation. NFM looks forward to the opportunity to continue to honor military and Veterans through the NFM Salute initiative.

NFM Lending is a mortgage lending company currently licensed in 29 states in the U.S. The company was founded in Baltimore, Maryland in 1998. They attribute their success in the mortgage industry to their steadfast commitment to customers and the community. NFM Lending has firmly planted itself in the home loan marketplace as “America’s Common Sense Residential Mortgage Lender.™” For more information about NFM Lending, visit www.nfmlending.com, like our Facebook page, or follow us on Twitter.